My review of Michael Mann’s ‘Thief’ is over at Flickering Myth and below. 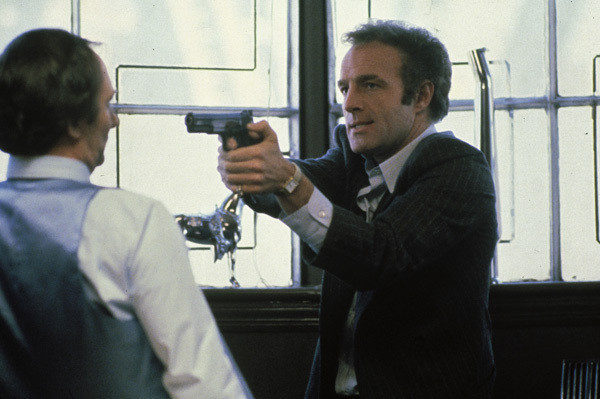 The limited Blu-ray slipcase edition of Michael Mann’s theatrical film début Thief (1981) comprises a whole host of insightful features.  Offering an in-depth study and analysis of the starkly morally ambivalent crime thriller, the release is a timely reminder of what a fantastic introduction it was to the stylish and iconic world of Mann. Provided by Arrow Films as another in their series of cult classics, the release shows off the film as a true original and a remarkable piece of inspired visualisation.

Focusing on the professional safe-cracker Frank’s (James Caan) attempts to navigate the modern world after a young adulthood spent in prison, the film itself is a classic of ethically ambiguous and philosophically challenging storytelling. As we learn from the in-depth interviews and analysis offered by the extras, first time actors who used to be cops would play crims (Dennis Farina, started out this way) and vice versa.

This constant shifting of expectations and norms has become something of a hallmark of Mann’s work. This plus the redolent scenes of materialistic beauty and wealth gained through dubious channels immediately brings to mind Mann’s executive producer credit on the TV series Miami Vice. Indeed, Thief, as the extensive commentary that this release makes perfectly clear, can be seen as something of a blueprint for the high powered glamorous exploits that much of cinema and TV of the 1980s tapped into.

The best of the features include a new interview with Caan filmed exclusively for this release. Entitled Stolen Dreams it is a look back at the aspirations and ideas behind the project. A much older interview with the man  is included in Hollywood USA – an episode of the French TV series devoted to the actor, filmed shortly after Thief had finished production. Capturing Caan at his most brashly charming the episode is an entertaining look at the film and the man. On the academic side two documentaries provide a rich detailing of Mann’s specific goals for the feature. The Directors: Michael Mann –is a 2001 documentary on the film-maker, containing interviews with Mann, James Belushi, William Petersen, Jon Voight and others. While The Art of the Heist is an examination of Thief with writer and critic F.X. Feeney, author of the Taschen volume.