The Killings of Tony Blair 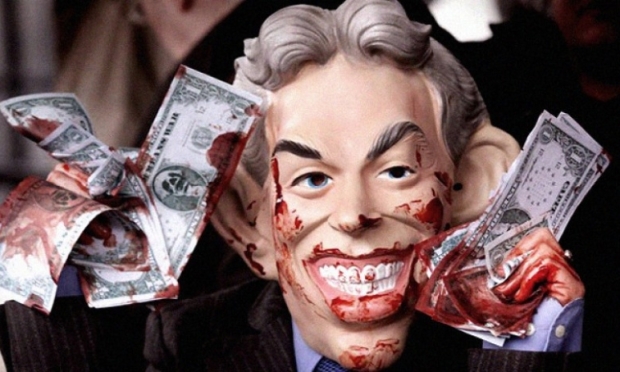 For many people outside of the political classes George Galloway has been something of a perplexing figure. Someone with the ability to lucidly draw attention to the many problems of world politics – he defended himself memorably in front of the US senate – he is someone with a gift for soundbites and pithy responses.

However, the decision to front this feature documentary himself is a big mistake. Despite having the ability and the credentials to bring necessary discussion post-Chilcot on Blair’s career, Galloway is also someone with the potential to draw attention away from the facts. Many who remember his ill-judged reality TV appearance  see him as a fame-hungry provocateur, not really an attribute needed for a serious investigations of Blair’s money making activities and alleged war crimes.

The documentary would therefore have been far more hard-hitting without Galloway at its centre. Maybe it would have been better if he had just acted as the narrator? But no, he’s there every five minutes, usually at the centre of talks with a long list of political and cultural figures. Showing off his resplendent overcoat for all to approve of, or door stepping political figures in roving reporter mode.

Galloway is without doubt a smart and critical thinker, but making yourself the focus when the point is an analysis of someone else’s decisions makes the final product lost and confused.

This is not the only problem. Hurried looking satirical animation just looks amateurish and the variety of talking heads popping up just stretches out the running time. All in all then, not the best stick to beat old Tony with. I’m sure the facts speak louder than George on this occasion…

The Killings of Tony Blair is available on DVD and digital HD now.

My review of the stoned campsite thriller Dark Cove is over at Flickering Myth now and below. 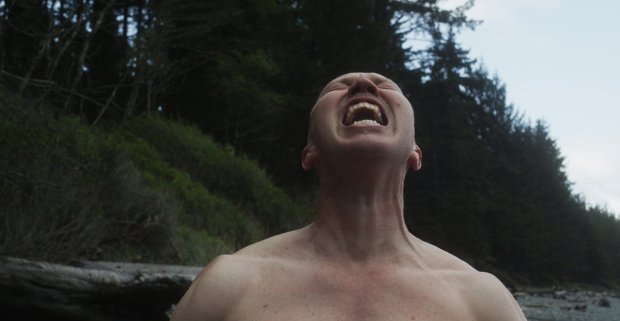 Dark Cove is a Canadian indie thriller aiming for scares, intense frights and human tragedy. Hammering home the point that camping is never really a good idea, especially if you don’t know the terrain, the low-budget flick delivers less than it promises – which to be fair, wasn’t a lot to begin with.

Five friends from the city go off to the beach on the ‘wild side’ of Vancouver Island with the express aim of getting high and chilling out. With the beers, weed and magic mushrooms all packed up, off they set for a holiday of adventure. They then proceed to pontificate on a number of instantly forgettable subjects for more than half the movie. The scenery however is beautiful and this is the main thing that provides some kind of respite from the sparsity of ideas on show.

It is really in the scripting, pacing and acting that the flick comes a cropper. I’m all for slow build-ups when necessary, but here it takes over 45 mins for anything to actually happen. Prior to that it’s all unnatural sounding dialogue interspersed with gurning juvenalia and crude attempts at humour. This plus a painful soundtrack of ‘let’s get stoned’ bro-anthems detracts from any possibility of caring too much about what might happen.

Things only start to pick up after the introduction of three hippy, surfer types, two Australians and one Brit (cue bizarre accent) into the area. The Canadians, high on ‘shrooms, join the visitors for a bit of a sing along around the camp fire. That night, things take a grim turn as one of the visitors is a rapist who promptly gets beaten to death. The friends must then attempt to hide the body from the attentions of the other two travellers from overseas. When one of them finds out the film’s best part takes place. ‘Best’ as in hilariously atrocious, that is.

Here I lay
Struck cold by a van
On the motorway.
Still and quiet
Like a dead bird or rabbit
Though getting hit by cars
Is not in my habit.

Got proper stuck from A to Z
So chucked the roadmap instead
Drive on or walk on
There’s nothing left to see
Abandoned dogs listen
I promise them:
We shall run again