The First Film… in Leeds? 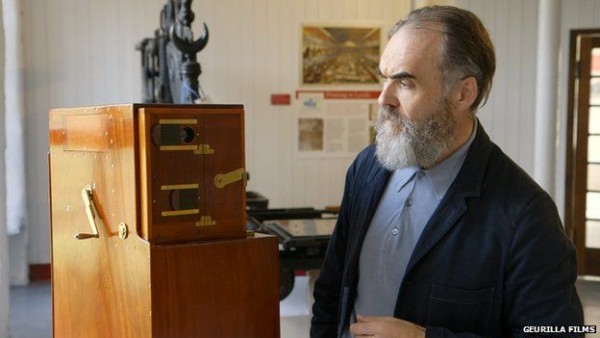 Where was the first film made? Paris, New York, London? Nope, Leeds.

Filmmaker David Nicholas Wilkinson sets out to prove this surprising conclusion in this captivating new documentary.

In the late 19th century, there was a world technology race to develop the first movie camera capable of producing moving images. While Thomas Edison was buying up patents in New York and the Lumiéres were planning the future of cinema in Paris, the Leeds based French inventor and filmmaker Louis Le Prince was slightly ahead of the game.

Indeed, in October 1888, Le Prince produced the world’s first films, on cameras patented in both Paris and New York.

Wilkinson attempts to prove once and for all that his home city is the genuine birthplace of film and has until now, been criminally overlooked. And the element of crime is one of the theories put forward as to why Le Prince’s claim for being the first filmmaker is not better known.

Once he had perfected his camera and projector machine, Le Prince was due to appear in New York to display his newly completed work. However, just weeks before he was due to set sail, he boarded the Dijon to Paris train and was never seen again. No body was ever found and the mystery deepened with several theories appearing as to what could have happened.

Was he a victim of an industrial rival? Or was it a sudden illness or heart attack?

Wilkinson is resigned to never knowing for sure, but his work in establishing a compassionate introduction to Le Prince is beautifully arranged and produced.

Drawing on his 45 years of experience in the film world, Leeds born Wilkinson crafts an intriguing story of film history. The compelling case for the French inventor and artist Louis Le Prince being the world’s first producer of moving image during his time in Leeds is presented in an engaging and insightful way, with the expert comment and opinion provided by a host of cinematic luminaries.

A pure love of cinema is always present in Wilkinson’s eyes when he’s discussing the topic.  This obsession of proving his thesis beyond all doubt is one of the reasons for the film’s success. The animated film lecturer and writer is at his best when discussing the complexities of film in a light-hearted and philosophical way, always passionate about the wonder it can produce.

Taking us on a journey through the dawn of film, The First Film  brings out a real love of storytelling and cinematic art. Highly recommended for film buffs, students and fans alike.